Steps to conduct an experiment:

#1: Defining your questions and hypothesis to plan your experiment

#2: Conducting your experiment to prove or disprove the hypothesis

#3: Collecting samples after an experiment

#2 Conducting your experiment to prove or disprove the hypothesis

2.1. Identify your independent and dependent variables

A controlled scientific experiment is set up to test whether a variable has a direct effect on another. A variable is something that may vary such as number of individuals, body size or life expectancy.

For instance, in the statement A causes B, A is the independent variable and B is the dependent.

In this study, we make sure that all environmental variables (sediment characteristics, temperature, salinity,…) are the same for all aquariums.

2.2. Setting up your experiment

To set up an experiment in marine ecology, you need to build the system (in our case study, we have aquariums with a flow-through system) and to collect organisms you want to include.

Setting up an aquarium experiment

In order to answer our questions, together with Docent Marie Nordström and Dr Tiina Salo we decided to set up an aquarium expriment at Husö Biological Station on Åland Islands (Finland).

We have started by putting the same amount of sediment as well as the same amount and sizes of invertebrates (clams, mosquito larvaes, worms and snails) in each aquarium, to recreate natural conditions as much as possible. This allowed us to have exactly the same conditions at the starting point.

Then, in order to see the impact of the worms, we needed to add the two different non-native worms in amounts reflecting what we can find in Åland Islands. The different aquariums therefore present either (1) no added worms (control), (2) 40 added worms of Marenzelleria spp., or (3) 40 added worms of Boccardiella ligerica.

Finally, to understand the implications for predators, a fish, the sand goby (Pomatoschistus minutus), has been added in half of the aquariums. This is one of the most common small predators in the Baltic Sea.

SPECIES PRESENT IN OUR AQUARIA

(Pomatoschistus minutus)
This small fish is one of the most common small predator in the Baltic Sea!

Non-native worms in the Baltic Sea

The worm Marenzelleria spp. is one of the most successful non-native species in the Baltic Sea. First observed there in 1985, they quickly colonized the entire sea, occupying a dominant position in the ecosystem.

The non-native worm Boccardiella ligerica was first found in southwestern Finland in 1963. They are small and live in a tube constructed of mucus and sediment.

Most common invertebrates in the Baltic Sea

It is important to check up your experiment while it is running to make sure that all variables are the same in all aquariums., except for the one we are interested in.

While an experiment is running, it is important to check if everything is fine by measuring conditions in the aquariums (such as temperature and salinity). You want all the aquariums to have the same conditions to be able to compare them at the end.

I challenge you to answer some questions!

[q multiple_choice=”true”] What is an independent variable?

[f] Right! The independent variable is commonly known as the cause!

[q multiple_choice=”true”] What is a dependent variable?

[q multiple_choice=”true”] An essential thing to think about while planning an experiment?

[f] Randomizing is ESSENTIAL while planning an experiment. If you don’t randomize your treatment you are not gonna be able to conclude anything at the end of your experiment. Think about it before, when you are planning!

Which species is the most successful non-native worm in the Baltic Sea?

[f] GOOD JOB!! The worm Marenzelleria spp. is one of the most successful non-native species in the Baltic Sea. First observed in the Baltic Sea in 1985, they quickly colonized the entire sea, occupying a dominant position in the communities.

[q] Which predator species was added in our aquariums?

[f] The sand goby (Pomatoschistus minutus) which is one of the most common small predator in the Baltic Sea!

Next time, I am going to tell you about: how to collect samples and take down an experiment! 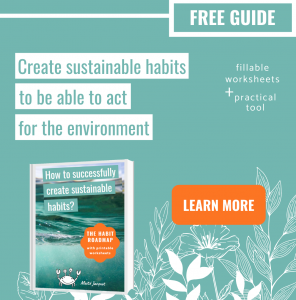 🇬🇧 Gaining freedom thanks to your habits: d

🇬🇧 We sampled invertebrates living at the se

🇬🇧 A little taste of our adventure on Åland

🇬🇧  Taking care of yourself so that you ca